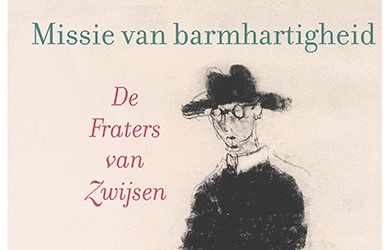 Mission of Mercy (Missie van Barmhartigheid) is my latest book on catholic charity and its contribution to poverty reduction, the spread of literacy and social welfare in the 19th century.

All over Europe, religious congregations contributed to the development of education and health care. The charity organizations led by Archbishop Zwijsen were among the most influential on the continent, employing thousands of sisters and brothers in many different institutions in the Netherlands and Belgium.

Missie van Barmhartigheid offers a lively account of the functioning of boarding schools, hospitals, orphanages, institutes for deaf and blind children, old age care homes and schools for the poor. It describes the appeal of this catholic charity movement and the way it was received in the country. A first stage of creative pioneering in the early nineteenth century was quickly followed by a strong professionalization in the second part of the century.

Successful entrepreneurship led to a wave of missionary expansion to Third World countries in the course of the twentieth century. But not strong enough to avoid decline in Europe itself after the 1960s. The mission of mercy succeeded in finding a new language and an innovative approach after the Second Vatican Council, but this renewal was only succesful on a small scale.

Mission of Mercy discusses the shaping of active religious life in its European context, but also the problems occurring in the domain of management, finances and leadership, including policies dealing with power abuse and sexual abuse in boarding schools. It aims to offer a comprehensive history of the catholic movement of mercy in The Netherlands, its role in the development of education and health care and its profound impact on culture and society.

Link to the publisher’s catalogue.